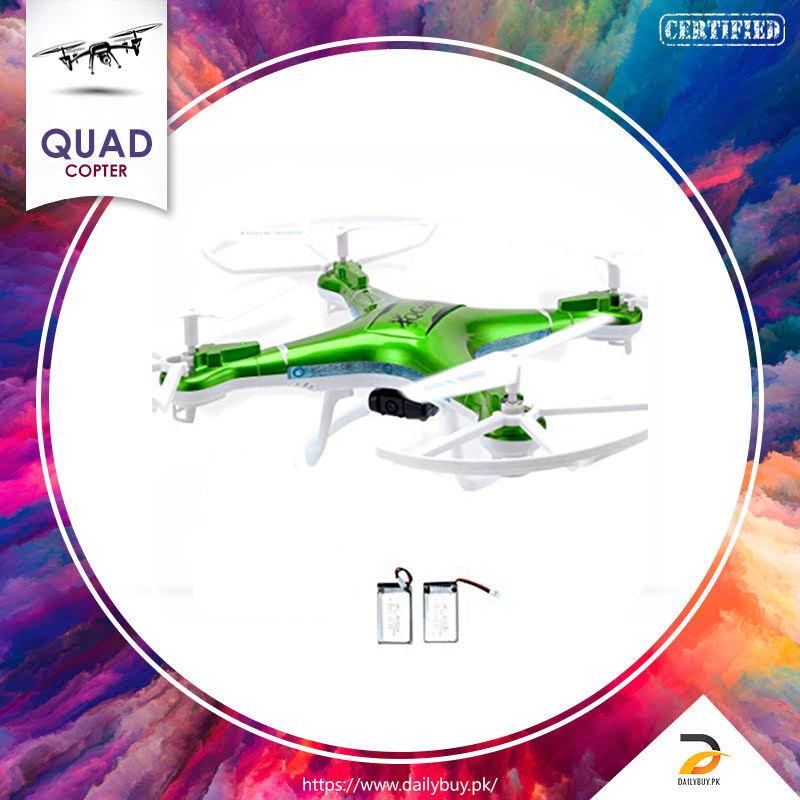 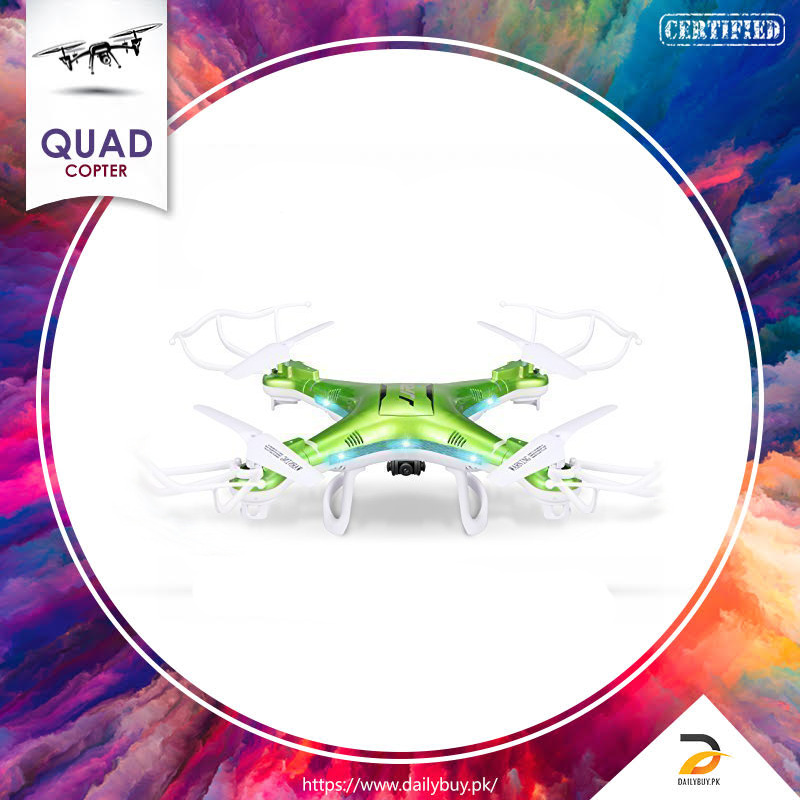 The Qcopter QC1 quadcopter drone has four brushless motors. Like most drones from the mid-range class, the QC1 quad includes the coreless technology, which prevents the engines from overheating after successive sessions, and also decreasing the chances of heat-related damage.

The Qcopter QC1 quadcopter drone is equipped with a 6-axis gyro which ensures stability even under adverse weather conditions. The proficient gyro is also doubled by the headless mode feature, which is very useful for flying the drone at high altitudes, especially for a beginner. This function allows the user to operate the drone with ease, regardless of its orientation. Another feature that complements the 6-gyro is the Return Home Mode (RTH) which allows the drone to return to its take-off position if it wanders too far from the user.

The Quadcopter QC1 has a visually pleasing design, with bright blue LEDs mounted on the front, complemented by a neon-green airframe. Although the quad’s airframe is made from plastic, it is surprisingly durable, being able to withstand almost any type of mechanical shock. The QC1 quad also has four slightly curved propeller blades made from the same material as the airframe. For extra protection, the blades are safeguarded by four white fan guards, which harmonizes the quad’s looks.

The QC1 quad can achieve a top speed of 20 meters per second under good weather conditions, and a maximum altitude of 4 to 5 meters. Thanks to its 6-axis gyro, the drone can perform various types of aerial stunts such as evasions, slides, and barrel rolls, which makes it ideal for running obstacle courses.

As part of our Qcopter QC1 quadcopter drone review, we have discovered that this drone has a unique feature: a wind speed compensations switch, which allows the user to better control the drone under windy conditions.

In this section of our Qcopter QC1 quadcopter drone review, we are going to present the drone’s remote control, followed by our flight impressions.

Overall, we have to say that the Qcopter QC1 quad’s remote control is very basic, meaning that it is functional, easy to use even for a beginner, and responsive. It has a black and white design, which is quite eye pleasing.

In terms of functionality and controls the drone’s RC has three major parts. The upper part contains a 2.4 GHz, 4-Channel wireless antenna, the headless mode/RTH button on the left side, and the barrel roll button situated on the right.

The middle part of the RC has two joystick type controllers used to control the drone’s pitch, speed, direction, and inclination. As well as a high-speed and low-speed toggle switch, a photo/video button, two flight trimming keys, power switch, and a LED power indicator.

The bottom part of the Qcopter QC1’s RC is exclusively occupied by a rudimentary display, which can show the following in-flight information channel, trimming, battery strength, signal, and speed.

Also, please note that a manual gyro reset might be necessary before the first flight. This is not a mandatory step, but it is highly advisable since the drone can lose calibration during transport. Moreover, if the drone is not properly calibrated, there might be a slight drifting, especially during takeoff. To perform this operation, switch on the drone and once it is in the air, push both joysticks to lower left quadrant in order to reset the gyros.

In this section of our Qcopter QC1 quadcopter drone review, we are going to show how the drone performed throughout our flight tests. We flew it both indoor as well as outdoor.

Upon powering it up, the drone came to life without any issues, and its first takeoff was very smooth. The drone is surprisingly silent and very maneuverable. As part of our indoor tests, we’ve tried to put the drone to the usual stress tests like flying around tight corners or around a small room with obstacles.

Overall, running around the house with this drone was a very entertaining experience, and the QC1 performed above and beyond the call of duty. Thanks to its low-speed/high-speed toggle switch we’ve managed to pilot the drone through our obstacle course, without crashing it even once.

For the purpose of testing the unique low-speed/high-speed function against the wind outside, we’ve naturally chosen a windy day. Like in the case of the indoor tests, the drone took off without any issues and immediately began to gain altitude.

After a few minutes of flying, we encountered some pretty heavy winds which made the drone tilt a little. Luckily, after hitting the low-speed/high-speed switch, the drone managed to compensate for this tilt and managed to fly further.

The Qcopter QC1 quadcopter drone does not have a GPS-assisted gyro and relies on the RC’s signal in order to detect the home position, for the Return Home (RTH) function. For using this function we recommend to fly the drone over open space, and not in the backyard, or places with high obstacles such as tree branches or electrical power cables. If the RTH function is used in the latter condition, the drone will have a tough time dodging obstacles in search for your position and may crash.

Another aspect one needs to take into consideration when flying the drone outside is the fan guards. Be careful to secure all the screws before taking the drone for a spin as the rotor’s vibrations plus the occasional winds might determine the fan guard to jump out of its socket.

Finally, the drone performed marvelously during our outdoor testing, being lightning fast, and very resistant to heavy winds.

What’s in the Box?

The Qcopter QC1 drone comes with a 2MP ventral camera that is perfect for drone photography beginners. This is what you will find in the box:

To conclude our Qcopter QC1 Quadcopter drone review, we have to say that this quad is very impressive. This drone is a very good choice especially for those on a tight budget, or for those who want to try out a drone for the first time. Among other features that recommend this quadcopter is its sturdy airframe, high cruise speed, and user-friendly remote control. This is an innovative piece of technology, that not only makes flying fun but safe as well 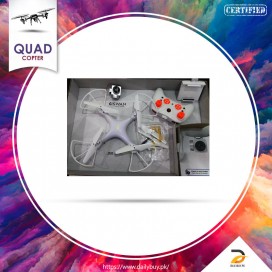 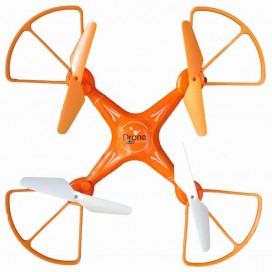 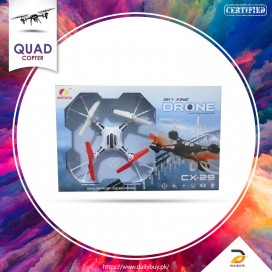 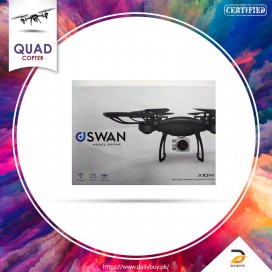 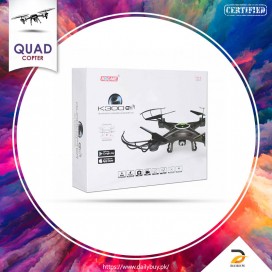 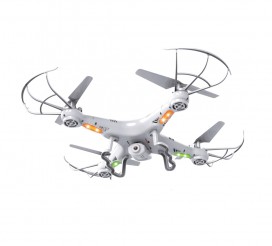 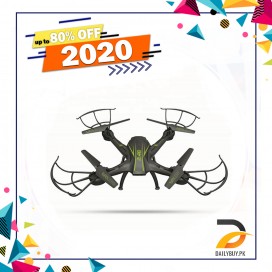 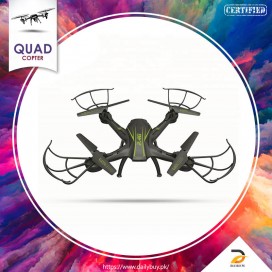 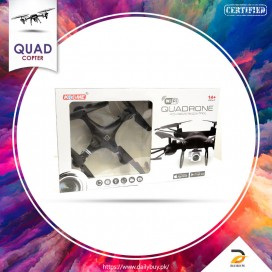 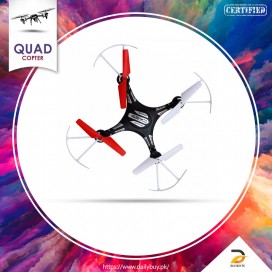 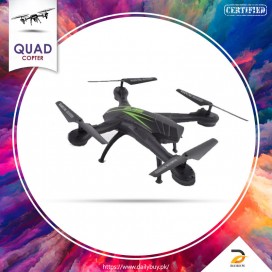 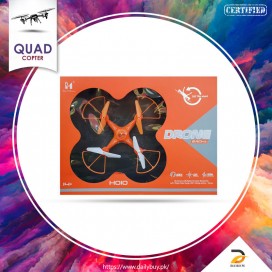 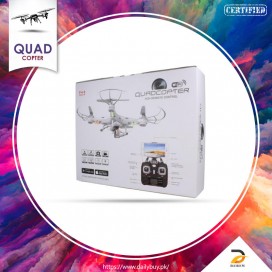 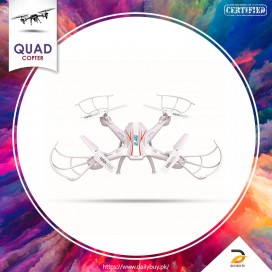 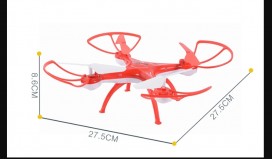